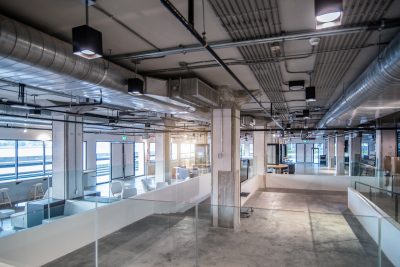 Houston commercial real estate has never looked so good. The commercial market is growing – 22 companies have relocated their headquarters to Houston in the last eight years.

And this expansion hasn’t halted during the global pandemic. 17 new economic projects destined for Houston have been signed whilst COVID-19 has also been flourishing.

The economic impact of the pandemic has forced Houston’s commercial property owners to plan differently when offering their properties. They must meet the challenge of industries’ changing demands for commercial space.

And designing new uses for old properties has an important role to play.

One exception is the Houston Heights neighborhood. Started in 1891, much of its character derives from the preservation of its classic, unique architecture. And Houston Heights Association, a community effort, have been working since 1973 to preserve its history, whilst also encouraging regeneration.

This approach attracts reuse opportunities of the same ilk as M-K-T, the adaptation of five industrial buildings from the 1970s into 200,000 square feet of creative office and retail space.

Construction from the 70s and 80s

Developers now see many more buildings from the construction boom of the 1970s and 80s as great adaptive reuse opportunities. The 610 Loop, East Downtown, and the greater East End area are currently popular locations for renovation.

Another commercial property area to witness significant changes in 2020 was the use of office space. With a shift to remote working for most who use a laptop regularly, offices in Houston sit unused.

As people’s needs and wants change, the original intention of these buildings will sometimes never be fulfilled. And with one million square feet of empty office space before COVID-19, there’s huge potential in Houston’s business parks for adaptive repurposing.

The recent rise in e-commerce can be demonstrated with Amazon’s announcement that they’ll be launching a million-square-foot distribution center and creating 43,000 jobs across Texas.

Landlords would be foolish not to consider the surging demand for temporary distribution and shipping fulfillment centers as a reuse opportunity. And as consumer habits continue to change, high-income suburban areas like Memorial and River Oaks could be prime candidates for the repurposing of large retail spaces. This applies whether they’re destined to become warehouses or something entirely different.

COVID-19 has sparked unpredictability for property developers. But the logic follows that if commercial real estate in Houston can continue to grow during this pandemic, it stands a pretty good chance against whatever may come in the future too.

The secret is in the versatility of its developers to find new opportunities in old spaces.

The Growth of Flexible Office Market in Houston