Houston’s Commercial Real Estate Market Holding Up Better Than Most

Houston’s Commercial Real Estate Market Holding Up Better Than Most 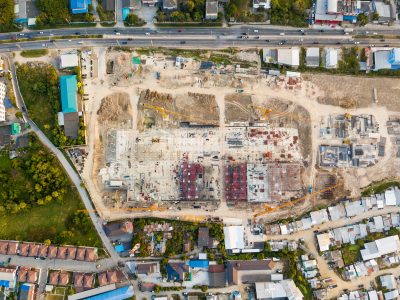 Though the sudden emergence of the COVID-19 pandemic has caused much of the world to skid to a screeching halt for the foreseeable future, one thing has managed to continue traveling at an upward trajectory: the commercial real estate market.

What makes Texas such an appealing option for buyers, sellers, landlords, and tenants of commercial real estate? Perhaps corporations are taking a cue from a few of the biggest names in the business, like Tesla and TikTok, who are relocating or considering settling in a Texas city. But more likely, it’s the state’s lower corporate income tax rate — an impressive 21%, ranking as one of the lowest in the United States — that really draw corporate companies to the South Central state.

Though Dallas and Austin tend to top the list of contenders for corporate relocation in Texas, Houston is inching its way up the ladder. Over a dozen economic development deals have been sealed in 2020 alone, and according to an article posted to BisNow, the city boasts an abundance of opportunities for corporations to take on adaptive reuse projects, thanks to the construction boom of the 1970s and ’80s. Though Houston has held a reputation as being an “energy town,” perfect for oil, gas, and chemical companies to settle, the city is slowly beginning to see other companies move into the area.

Headquartered in Houston, the brokerage and development firm averages around 70 transactions and manages to pull in roughly 30 million dollars in sales per year; these are but a few statistics that accurately reflect Texas CRES’s vast knowledge and experience of the market.

The firm’s attention to detail coupled with a deep connection to Houston’s history, dating back to before the city made its way onto the United States’ top 10 big cities list, are what set them apart from other local commercial real estate firms; it’s that kind of dedication and longevity that separates Texas CRES from the rest.

When Texas CRES closes a deal, not only do the firm and its clients benefit, but the community does as well. Chamber of Commerce affiliations, including but not limited to those in Tomball and Cy-Fair, and sponsor opportunities with organizations like the Cy-Fair Education Association are just a few of the ways the company pours into the community of which they are a part, helping it flourish, and making Houston an even more appealing location for a corporation to plant its headquarters.